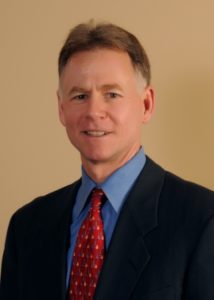 “Burn injuries are not like a broken bone, where the healing process could be predicted”

In 1988, Chriss Carr was returning from a trip to Sedona with his family. Their plane was landing at the Scottsdale airport when a malfunction occurred and a fire erupted. As a result, Chriss and his nephew were burned, his wife suffered a collapsed lung, his sister-in-law was uninjured, and devastatingly, his brother-in-law passed away. Chriss spent 17 days at the Arizona Burn Center being treated for his burns. Hospital staff, along with his family and friends, supported Chriss throughout his treatment, even watching the Dodgers win the World Series during his stay. Though he had great support, Chriss understood that his burn injuries were not like a broken bone, where the healing process could be predicted. As with many burn injuries, the recovery process was consumed with a fear of the unknown. However, after returning home, Chriss focused on healing and building a new routine for himself, feeling better and showing improvement every day.

Chriss deeply understands the trauma a burn injury creates and that is why he chooses to support the Arizona Burn Foundation to give back to his fellow burn survivors. Whether it is through financial contributions, emotional support, or simply watching a baseball game together in the hospital, the impact of these efforts make an incredible difference. Chriss recently participated in a fundraising campaign to support Brian Berry, a Casa Grande firefighter, who cycled across the U.S. in the Trans Am Bike Race. If you would like to join Chriss and Brian’s efforts to support the Arizona Burn Foundation, you can give here.