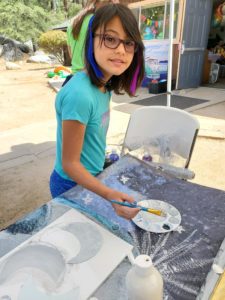 Chloe was burned in December of 2021 when boiling water spilled onto her lap. She spent a week in the Arizona Burn Center being treated for her scald burns. Chloe saw posters of fellow burn survivors at Camp Courage and wanted to attend.

Chloe was excited, but nervous when she arrived at camp. This was her first time attending a summer camp and meeting other burn survivors her age. She became very close with her cabin mate and began to feel more comfortable with the volunteers and herself. 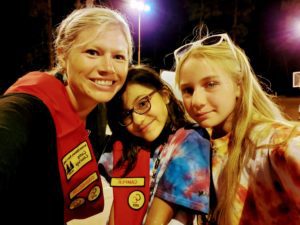 Chloe was delighted to try all of the activities. She especially loved the ropes courses and zipline, because she learned that her burns would not limit her. She just got to have fun. Chloe became secure with herself and her burns. She feels confident about making friends and getting involved in her community. She wears shorts to show off her “battle scars,” as she calls them, because they are proof that she survived. She is ready to return to camp next year and hopes to become a volunteer when she is older. 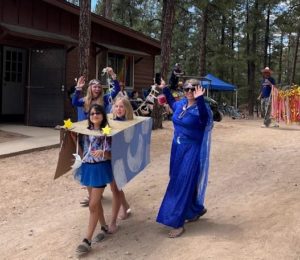 ABF programming is made possible by the generosity of supports like you. To learn more about making a donation, please click here.