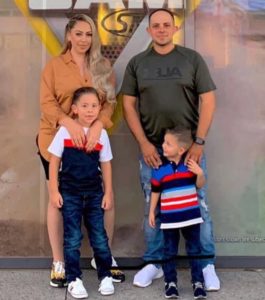 On Sunday October 3 at approximately 12:30 pm, my life changed forever. I was out testing a new project my father and I had been working on for nearly 2 years and we were both really excited to finally start the engine that we had been working on for so long. We did not anticipate fine-tuning all the minor details of the build; therefore, we decided to start the engine. We had the car on for approximately 20 minutes and in mechanics terms, there were a few misfires. It’s supposed to be simple fix. Just needed the timing to be accurate with the build at 32 degrees.  I was so excited to hear that car, so we jacked the car up at started the engine once again and because the car has a crank trigger to set timing it was crucial for me to get under the car since that’s where the sensors are located. As the car was idling normally and my father was with the timing gum pointed at the balancer, I was adjusting the sensor when in the matter of seconds, the radiator hose blew out.

All I saw was boiling fluids from the engine cover my body. The marked temperature at that time was at nearly 210 degrees Fahrenheit. As the fluids drained out the engine, I tried to use my left arm as a cover to try and stop the fluids from falling onto my body. I was exposed for about 6 second, which felt like minutes. I finally pulled myself from under the car and my first reaction was to take my shirt off, pull down my pants, and then I ran not knowing where. My uncle that had arrived a few minutes earlier before the accident happened noticed several 5-gallon water jugs and without hesitation, he dumped them on me assuming that would give some relief. I looked down at my skin and it’s was as if it was just melting away, and huge blisters were very noticeable. My arm on the other hand had somewhat the most damage since I had used it to try and cover the water. I knew it was bad as it was bleeding; I managed to stay calm and call my wife to let her know what had happed. My uncle gave me a ride to seek medical attention and upon arrival; the ambulance was already waiting for me.

All this happened in a small town, so the emergency room did not have the appropriate staff or the expertise to treat my wounds. It was then decided by the medical staff that I should be transferred to a different hospital for which I ended up traveling by helicopter to Tucson AZ. I still remember being conscious throughout the flight, not sure if it was the pain or just being so nervous as to what was going to happen to me. Upon arrival at UMC, I was rushed into the trauma center. The room I was assigned to was so bright, there were so many doctors, and students from what I remember. I was told to answer basic questions like every procedure and that is when I was told my burn were at a 2nd degree and possible 3rd degree. At that moment, I was scared, and I did not know if I was going to live or die. I was told that my wound had to be cleaned and that due to the pain and the trauma I could experience I had to be under very strong medication, nearly anesthesia. I was given the dose and in a matter of seconds, I started to hallucinate. It felt like hours and I wanted that feeling to stop.

One I woke up from the medication I was given I was all bandaged and wrapped in gauzes. I could not feel a thing. Hours passed and finally the Doctor in charge stopped by and mentioned that my burn was deep and that we needed to wait a few days to make sure how deep the burn went. The following morning was when I started to feel pain that was getting worse by the minute. There was not a way I could lay down or stand that didn’t hurt. That’s how it was for a few days.

The day I was nearly getting discharged I was introduced to the Burn Foundation which is how I met Erika. I was lucky enough that she was in town for a few meetings and that’s where I was told that I was not alone even though I how I felt that way in the beginning. The same day I met Erika, I was discharged from the hospital and was sent home. I could not explain how uncomfortable the ride home was for nearly 3 hrs. I finally made it home with my wife and mother; I wanted to rest a few hours before driving to the burn center. I was so anxious for them the check my wounds and see if there was something they could do to ease the pain. At around 6pm my wife drove me to the clinic and upon arrival, everything was wonderful, and the attention was great. I was checked in and waiting for the Doctor to come in so I could get undressed and do the cleaning. I was not anticipating for what was going to happen. 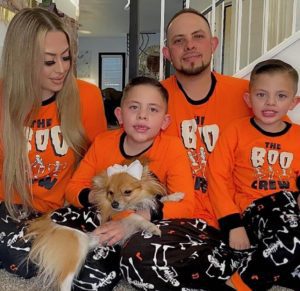 It was the third day of my injury so that’s when my wounds were at its depth in damage to my tissue, so I was in lots of pain. I was told by the nurse to remove the dressing and because of the pain I was having, I tried to remove it cautiously. The dressing was dried and really attached to my skin and it was difficult to remove. The nurse in charge suggested to add a piece of cloth with water to try and moist the dressing. I could not tolerate even the slightest touch not even a drip of water. However, I managed the pain and started to slowly remove the dressing. Words cannot describe my feelings that moment. Because I was taking so long in removing the dressing, the nurse in charge mentioned she was going to help. She asked if I could focus on my other areas and remove the dressing from there. As I started slowly to pull the dressing off, she just ripped it completely off in one pull. I screamed in pain and as I was screaming, she pulled the other side. Tears, so many emotions were in my head that moment. I thought that was the worst that I was going to experience that night, but I was wrong.

I stood up to try and focus on something else walked back and forth moving, trying to keep my mind off the pain. The Doctor suddenly walked in and she looked at the injury and identified that while being treated in Tucson for the injury the dressing change was being done completely wrong. All the bacitracin I was given for the dressing change with the help of the medical staff in Tucson was just creating layers and layers of bacitracin that was not healing my body, it was actually affecting my body’s ability to heal. The next thing to do was to scrape all the medicine off my body with a rage and water to try and clean the surface. The nurse started with my arm, which I tolerated somewhat. I will forever in my life remember the day I was scraped with a rage and water on my chest though my knees. I can relive that moment even in my dreams. I had never experienced so much pain in my life like that time. I screamed my lungs out, cried like never before. I wished I could have passes out and block that from my life and not remember and imagine myself reliving something like that ever again.

It was all over, and I was sent home with the worst trauma I had ever experienced. Not even the actual burn accident hurt as much as the cleaning. Once my wife and I made it home all I wanted to do was sleep and forget what had just happened. I could not stop thinking of what had just happened and I started to feel like I was going to die. I guess my body’s reaction to the trauma I had just gone through gave a panic attack. That same night I felt like I was going to die, I ended up calling an ambulance because it felt like I had no control over myself. My world was falling apart. I remember my mother being there and I was telling her that I loved her and telling her I was going to be ok. I turned and looked at my wife and told her I was sorry and that I loved her. I was assuming the worst was yet to happen.

The ambulance arrived and my vitals were out of control. I was sedated on my way to the hospital and upon arrival medical staff were once again waiting for me. I was given pain medication and explained to the Doctor what I had gone through a few days earlier. It was determined that I was medically and partially physically ok. There were no signs of any medical problems. In a sense I felt comfort being at the hospital because I was scared, scared for my life.

As days went by the pain was slightly manageable and I was able to move around a bit. It has been a tough recovery and along this process I want to thank The Arizona Burn Foundation for being there me and especially my family. All the support I have received from them has been deeply appreciated. With the Arizona Burn Foundation I feel part of group that I can identify myself with and help others that are going though similar situations. Only we, the burn survivors can understand what we are going though not only physically but mainly emotionally.