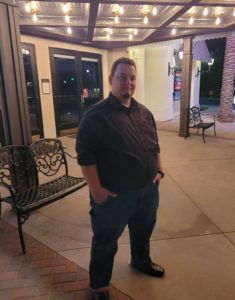 Wesley’s story a great example of how Camp Courage helps children who have suffered the trauma of a burn build up their self confidence.

Wesley was burned at seven during a camping trip when his shirt got too close to a heater and caught fire. After being AirVac’d to the Arizona Burn Center, he spent two weeks being treated for the burns to his chest. It was during this time his mother learned about Camp Courage. She felt that it would be a good way for Wesley to connect with other kids.

You built up Wesley’s confidence 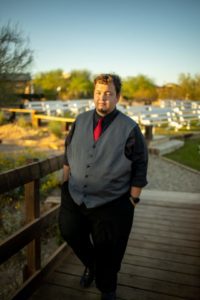 Wesley says he was nervous when he arrived at camp that first year, because he was a cautious kid who didn’t do well with change. But by the end of that first camp Wesley’s perspective completely changed. He says “I just started to realize that it’s full of nothing but fun activities and laughs. Everybody’s there to help better your life and make a difference. And throughout the first week, it was pretty much a metamorphosis and I didn’t want to leave camp when Mom came back to pick me up.”

For Wesley, Camp Courage has been the source of his confidence. He says there are so many challenging activities that he assumed he wouldn’t be able to do, but when he was able to do them he felt victorious and like he could do anything and he has carried that mind set with him in the rest of his life.

Wesley has been involved with Camp Courage for 22 years. He has been a camper, a Leader-In-Training (LIT), and now attends as a volunteer counselor.

A gift to ABF, and a little encouragement from caring adults can go a long way. Like they did for Wesley. Like they can for another child if you will make it possible.